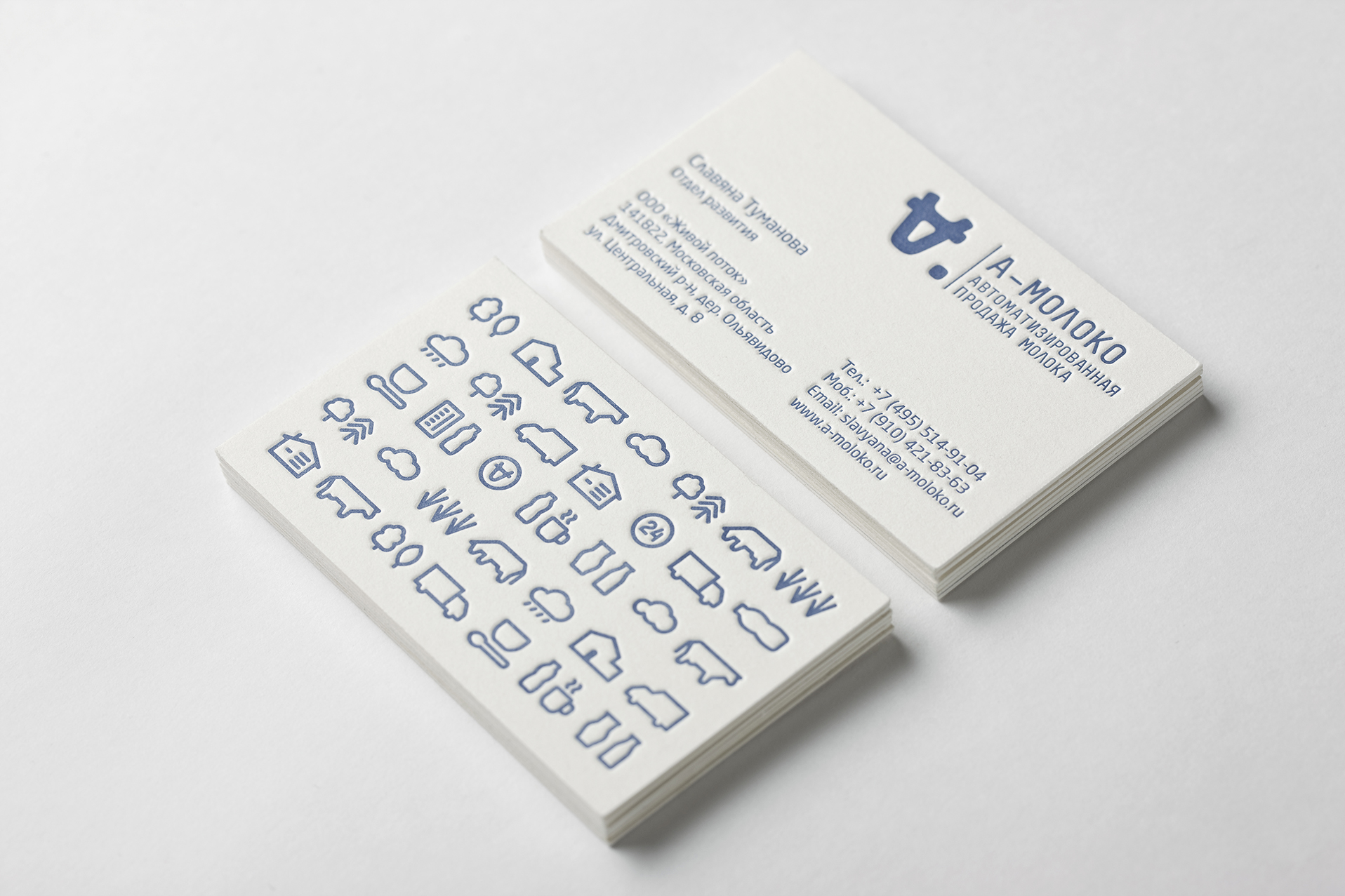 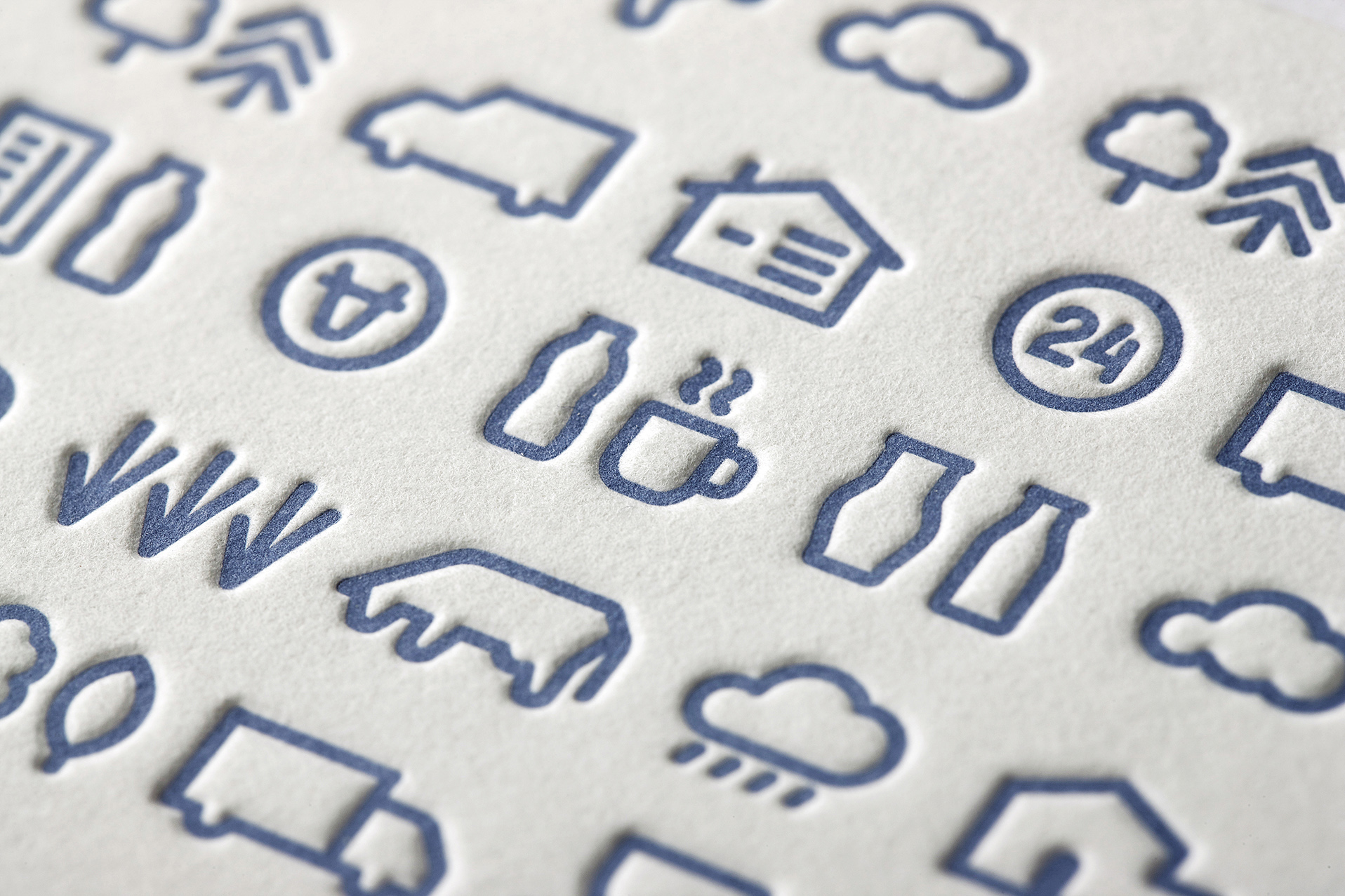 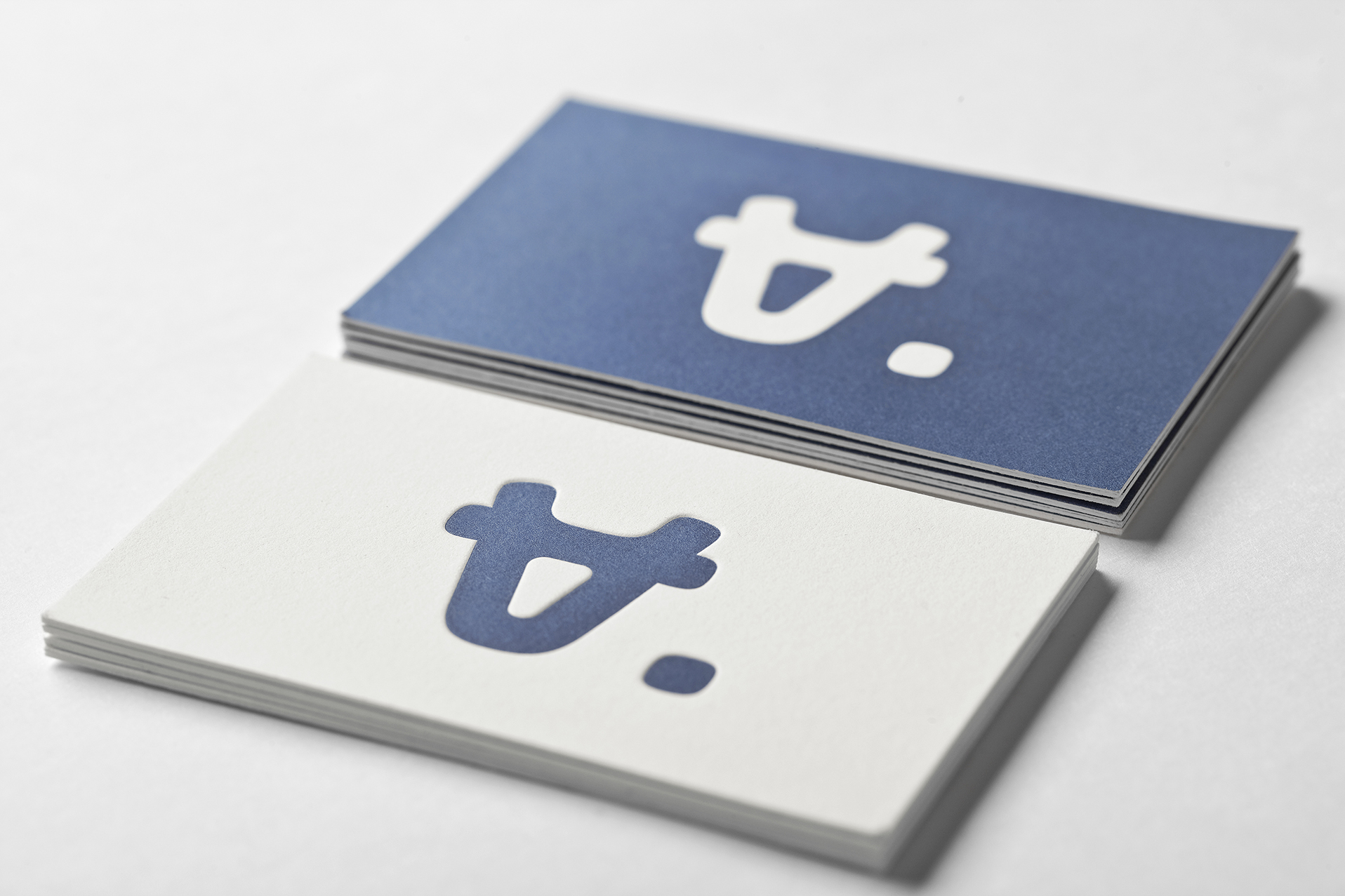 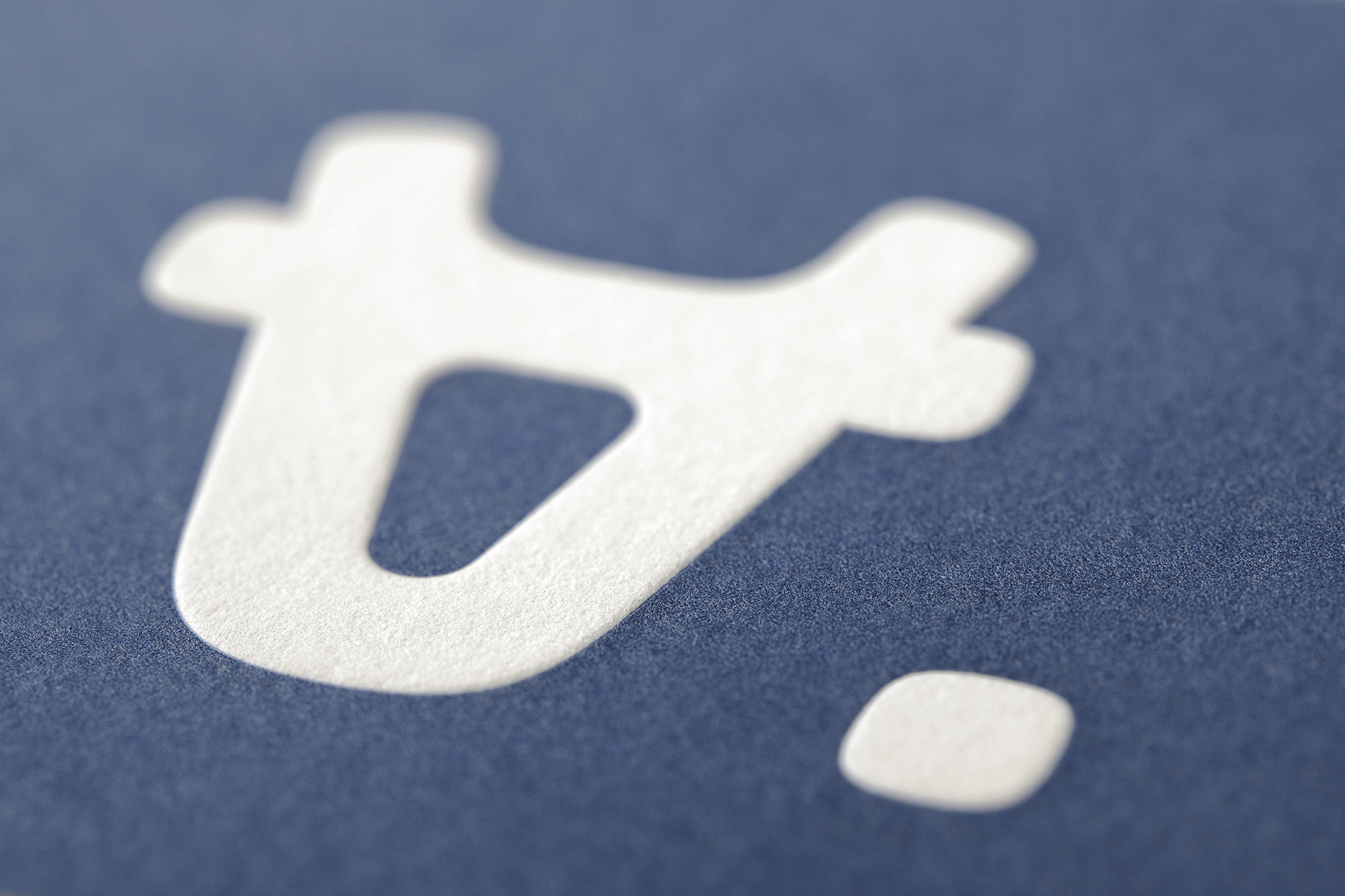 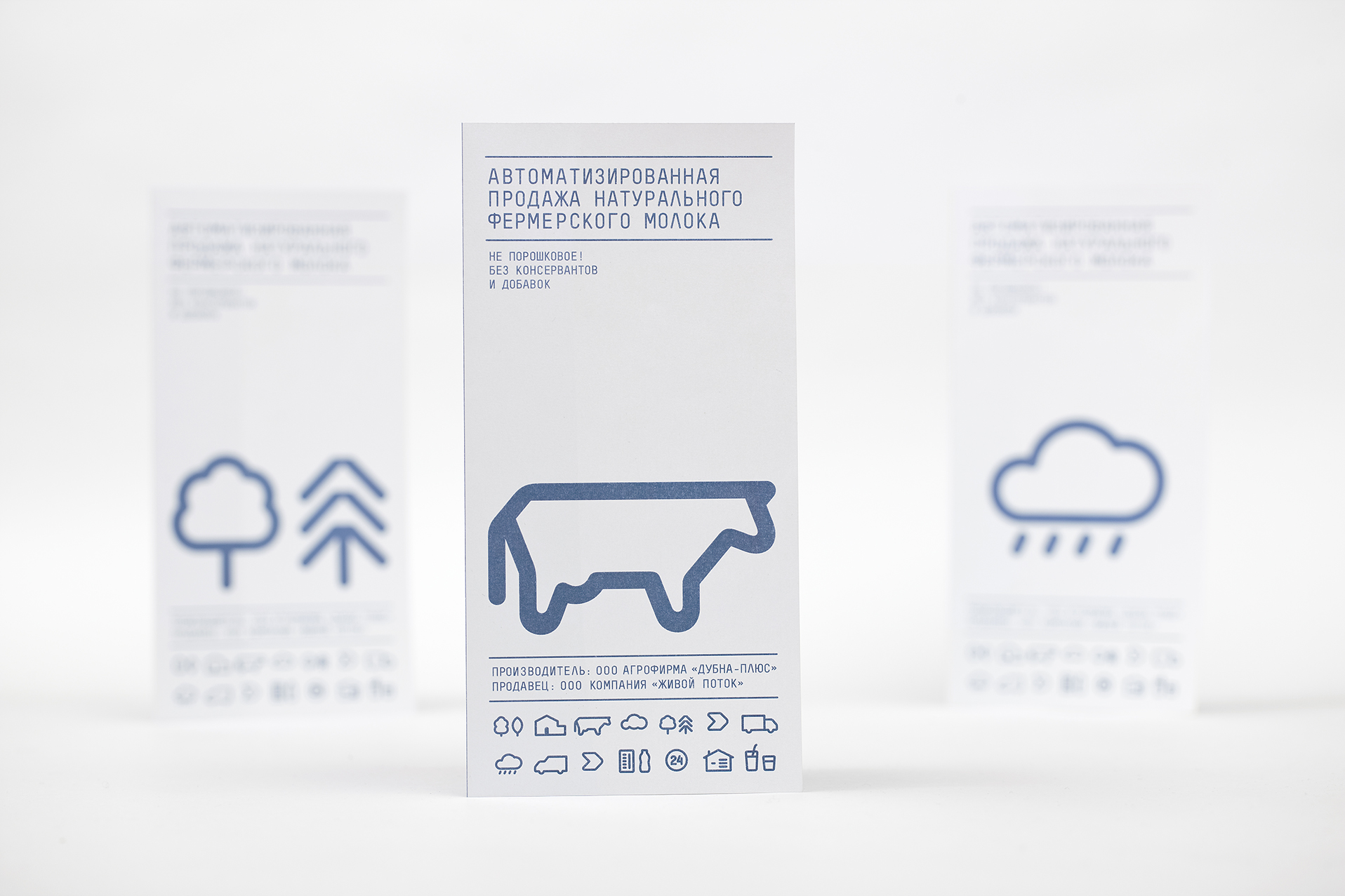 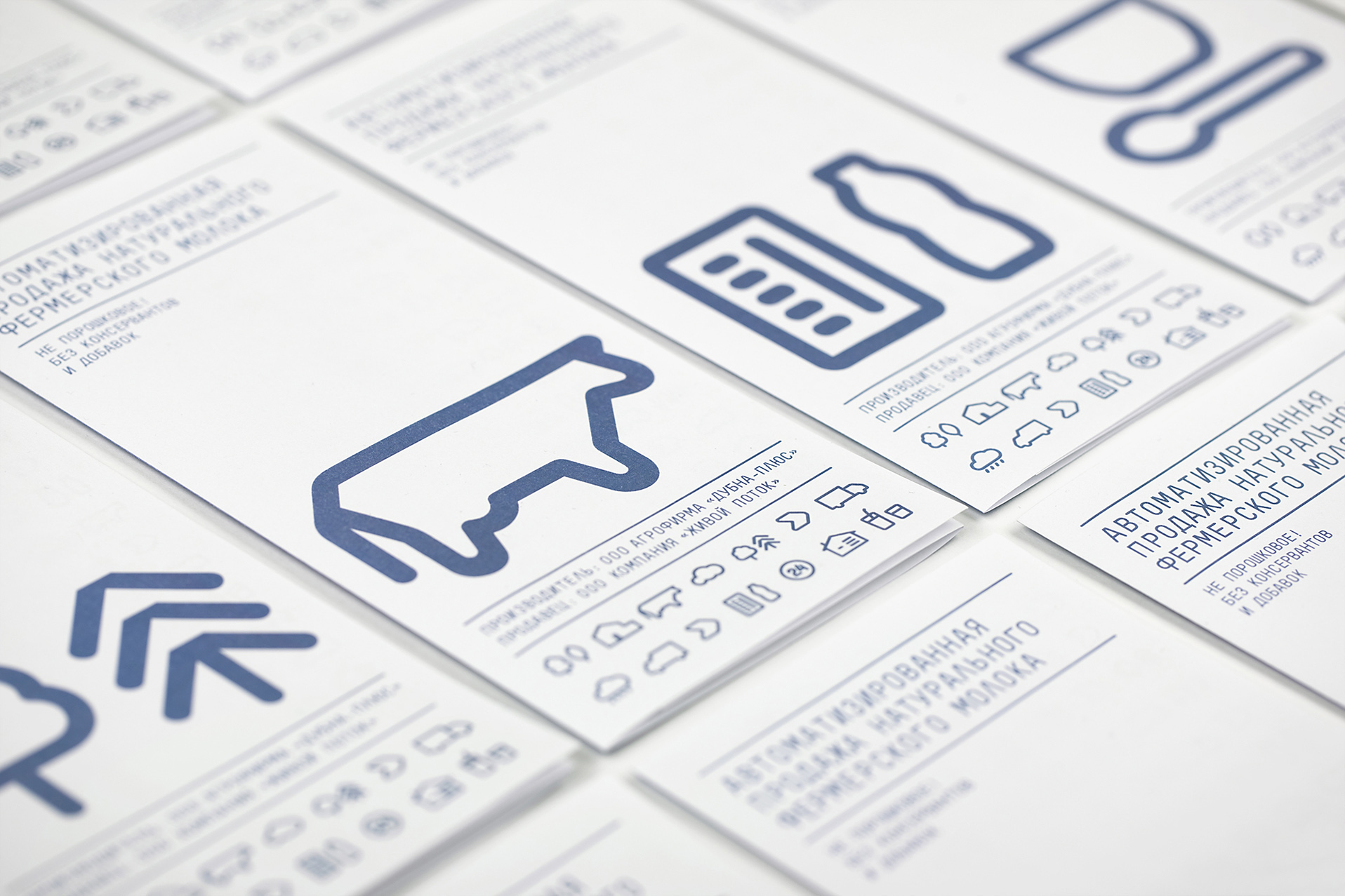 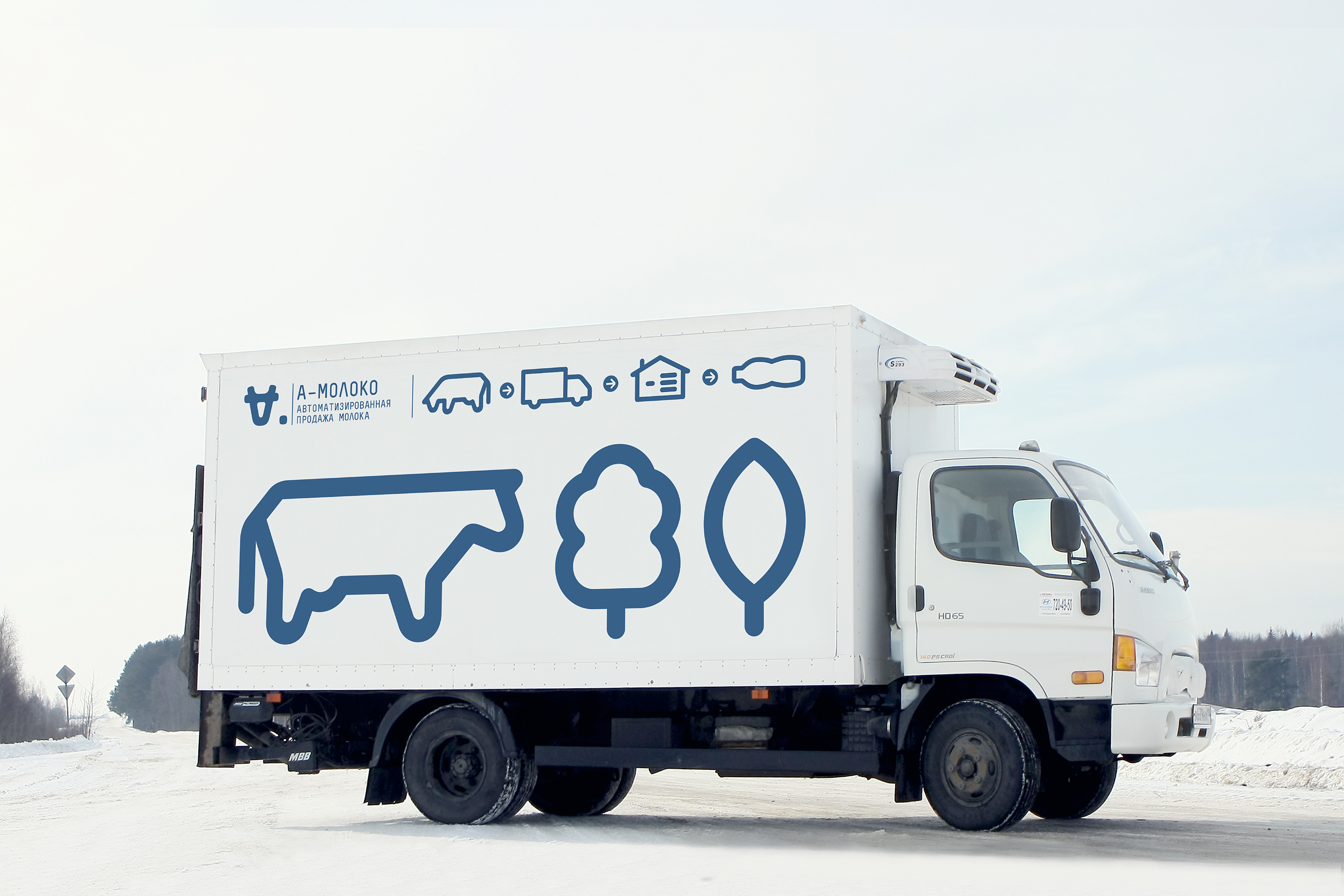 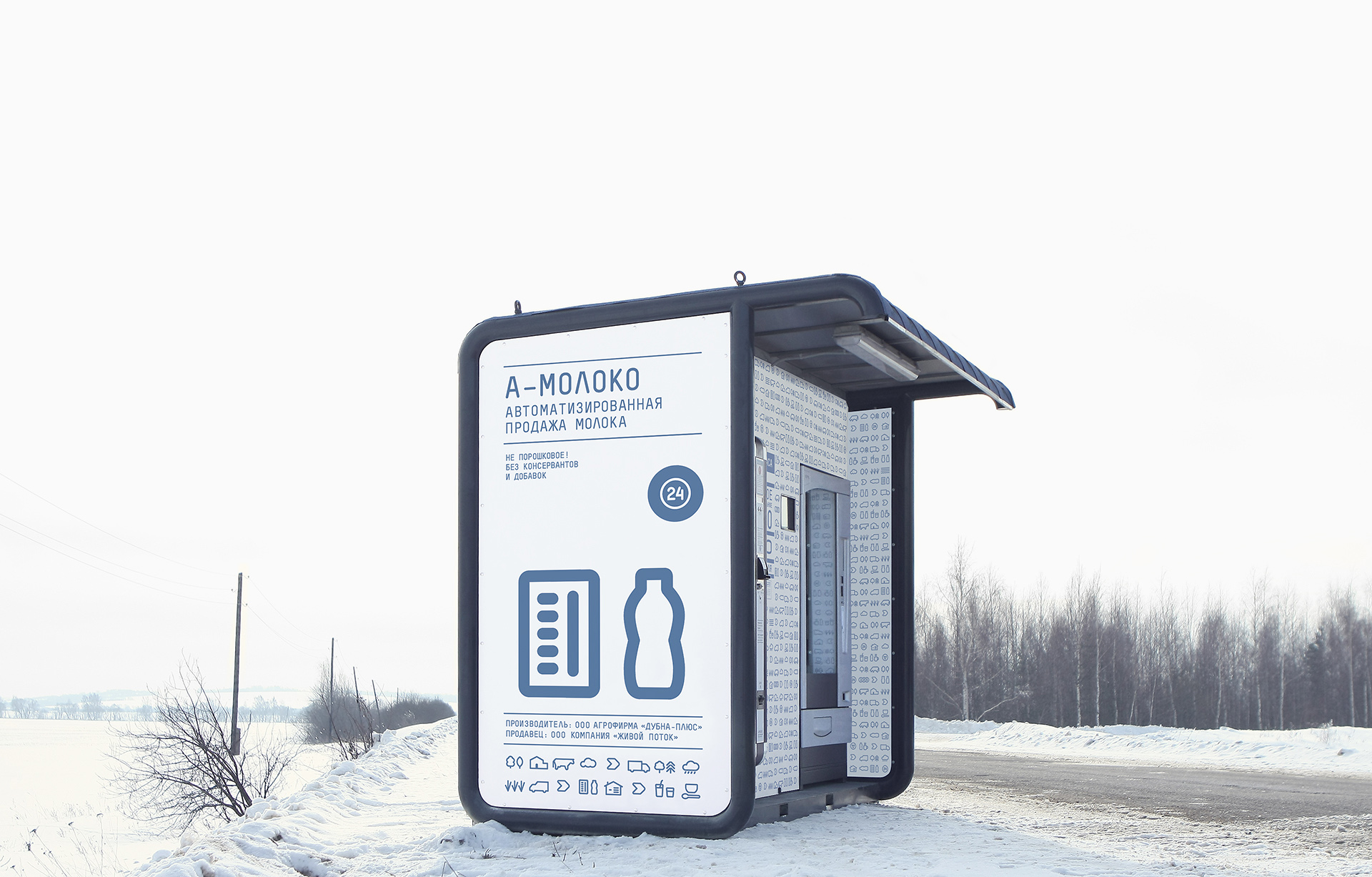 This visual identity was developed for a company, which sells milk through a chain of vending machines. The design concept of the logo is inspired by the business of the chain: Automated sale of farm-fresh milk and the company’s name, A-moloko, which has been developed by Ermolaev Bureau as well. The first letter “A”, which when turned upside down resembles the muzzle of a cow, was taken as the basis. The visual identity is built on a clear system of symbols, which describes the path of the milk from the cow to the consumer. This visual language lends the blue and white appearance an emotionally appealing character.